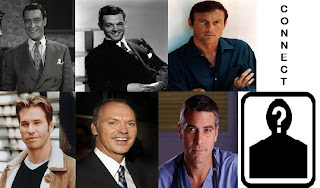 Connect and fill in the missing link...

Both Rachit and champ are absolutely correct...
The actors shown in the pic are (top row from left)Lewis Wilson,Robert Lowery,Adam West,(bottom row from left)Val Kilmer,Michael Keaton,George Clooney.
The missing link is Christian Bale and these are the actors who have played batman in movies.
Posted by Sijut Mehta at 11:00 PM 2 comments: 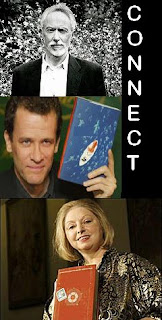 Good try Nihar and buckingfastard...They all have definitely won Man Booker prize but that was not the exact connect..

The connect is that they are the only three whose books were bookies favourite before the Man Booker Prize was held and who won it too.
Posted by Sijut Mehta at 12:02 AM 2 comments: 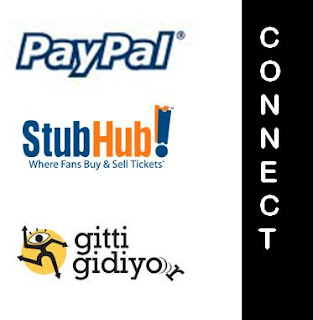 Both Champ and Raveesh got that right...
All the three companies are owned by eBay.
Posted by Sijut Mehta at 10:11 PM 2 comments:

1. The logo of this company contains of a nest with a mother protecting her younger one.
Nestle

2. Calvin Klein is owned by which company?
Philip's Van Heusen

4.Which person is regarded as the Businessperson of the century?
Henry Ford

5.Which is the only railway station in India to be named after a
business giant?
Tatanagar

6. Identify the company(logo of Puma).

7.The logo was designed by Carol Davison for a mere fees of
$35.The logo is now the trademark of a very famous company.
Name the company
Nike.

8.Which city is known as the diamond capital of India?
Surat

9.Cover of The Monk who Sold is Ferrari.Tell the author
Robin Sharma

12. Name the economic daily of The Hindustan Times.
Mint

13.This company was earlier known as Racal Telecom.This is a
UK giant.Tell the company
Vodafone


15.In 1921 Howdy Chicago became the first to achieve this.It then after
set a trend.What was the achievement??
First movie to be screened in an aircraft.


16.Screenshot of a Nirma Ad

17.This very widely used gadget is manufactured by a canadian
company Research in Motion
Blackberry

18.Question on history of Nickelodean.

19.This is the mostly widely prescribed drug. It comes in mint ,orange
and mixed fruit flavours
Digene. 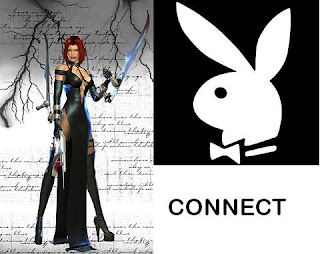 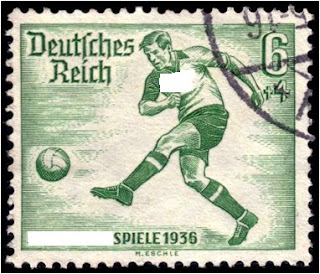 To commemorate which occassion was this postage stamp issued and by which country??


Both Nihar(have added your blog) and Pranav are right...
This stamp was issued by Germany on the occassion of 1936 Berlin olympics.
Posted by Sijut Mehta at 10:15 PM 2 comments: 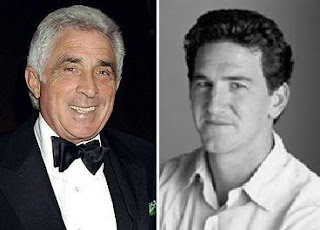 Identify them and why were they in news recently??


Both Ayas and the novice got that absolutely right..
The person in the left pic is Ted Forstmann and that on the right is Adam Dell.Any one of them was believed to be the father of Padma Lakshmi's newborn daughter Krishna.And recently she confirmed Adam Dell as the father.
Posted by Sijut Mehta at 10:02 PM 2 comments:

In 1982, BBH created this ad. For which company was this poster made for???

Everyone got that right....
The ad was for Levi's introducing black denim..
Posted by Sijut Mehta at 9:32 PM 4 comments:

Identify this American Rock Musician.
Champ gets it correct.Indeed "Chris Cornell" from Audioslave.
Posted by Vineet Kumar at 12:19 PM 1 comment:

Connect and Explain the connection.

PS: Googling is a moral crime for quizzers. Just think obvious..you will get the answer!
Champ gets the connection right. Nice try by saranya.
Connect is Buddy Holly.First Pic shows Buddy Holly glasses,The "Chirping" Crickets was his band's first album and The band..Rolling stone's music was said to be heavily inspired from Buddy Holly.
Posted by Vineet Kumar at 8:19 PM 3 comments: 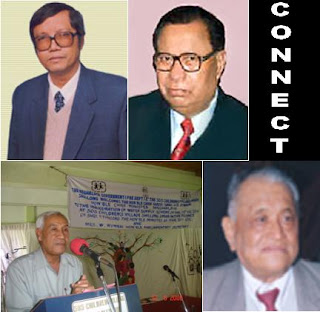 VC Pranav gets it right...
All four were appointed chief minister of Meghalaya...
Posted by Sijut Mehta at 11:10 PM 1 comment: 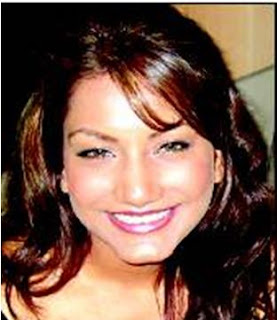 She is Jayanti Chauhan, daughter of Parle Bisleri owner Ramesh Chauhan...
She is in news to join Parle Bisleri as director..
Posted by Sijut Mehta at 10:51 PM No comments:

Interstellaroverdrive gets it right...
These are the job designation of each person in Ocean's 11 movie..
Posted by Sijut Mehta at 5:21 PM 1 comment:

Connect and explain.
Both kriskingle and shibin gets it right.
They are indeed the native winners of the grand slam events of their respective countries.
L to R-
Fred Perry-Wimbledon winner
Yannick Noah-French Open winner
Mark Edmond-Australian Open winner
Andy Roddick-US Open winner
Posted by Vineet Kumar at 9:52 AM 2 comments:

What did this song inspire?


What did this inspire?
Shibin hits the bingo here.
This song inspired "Kya Mujhe Pyaar hai" from Woh Lamhe, copied by none other that Preetam from the movie Peterpan, song's name is Tak Bisakah.
Posted by Vineet Kumar at 9:41 AM 1 comment:


This Holi...bringing the childhood memories back!
HAPPY HOLI to all the quizzers!!!!
Posted by Vineet Kumar at 9:30 AM No comments:

Easy one..
Identify the adviser!
No one cracks the easy one.Its a Print ad for South Africa Tourism.
Posted by Vineet Kumar at 9:25 AM 1 comment: