1. What is the contribution of the below mentioned temple to the world of Indian Politics? 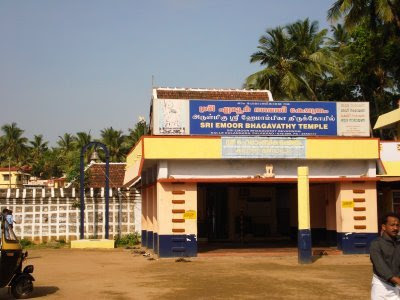 There is a famous Chinese myth about a women named X who is said to live on the moon. The basic story is that she and her husband were once immortal beings who were made mortal because of their bad behaviour. This women lends her name to something famous which is also called X. Give me X!!
Posted by sinister.ankit at 12:39 PM 6 comments:

For the lack of a good title!!

X is a play in three acts by Tom Taylor. The play is a farcical comedy whose plot is based on the introduction of an awkward, boorish American to his aristocratic English relatives. It premiered at Laura Keene's Theatre in New York City on October 15, 1858. The play concerns the adventures of an American, Asa Trenchard, first played by Joseph Jefferson, who goes to England to claim the family estate.


The play's most famous performance came seven years later, at Ford's Theatre in Washington, D.C. on April 14, 1865. Halfway through Act III, Scene 2, the character Asa Trenchard (the title role), played that night by Harry Hawk, utters a line considered one of the play's funniest:

"Don't know the manners of good society, eh? Well, I guess I know enough to turn you inside out, old gal—you sockdologizing old man-trap..."

During the laughter that followed this line, something very iconic happened.

Give me X and the "thing" that happened!!


Ans:The play is "Our American Cousin" and the "thing" that happened was Lincolns assasination.
Posted by sinister.ankit at 6:07 PM 2 comments:

Based on the Scandinavian life as presented in Henrik Ibsen's play The Vikings at Helgeland, its main protaganist X is an overweight, red-bearded Danish Viking who regularly raids England and sometimes France.He has been described both as a fierce warrior and a family man. His family includes his nagging wife Helga, their brilliant son Hamlet, their pretty daughter Honi, Helga's pet duck Kvack, and X's dog Snert.
Identify X!!